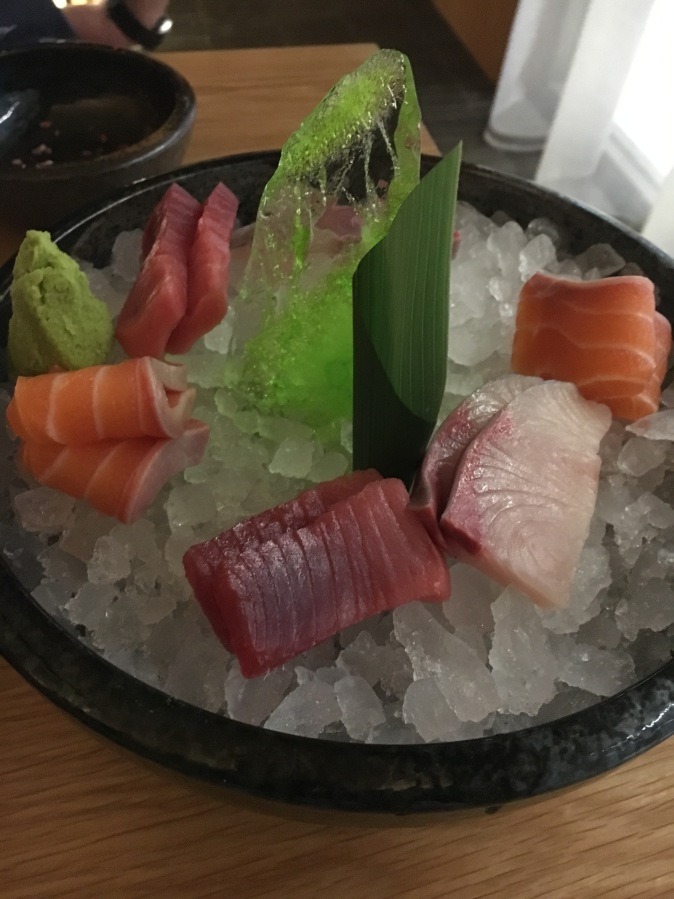 The hubby and I had a date at Floriade’s Nightfest recently, so we decided to go all out and tack on dinner at RAKU as well. Live and let live, right?

RAKU only opened on 21 Sept 2017, so I was chomping at the bit to give it a go, given our fantastic experiences in Japan, with their izakayas. Ben and I have a favorite izakaya in Japan 🙂 We will go back there someday, see our friendly izakaya mates and eat pork brains on a skewer (yes, it’s not a joke).

Izakayas are like an after-work stand-up gastropub. The izakaya we frequented in Japan was a yakitori stand-up izakaya, with only enough room for 10 patrons at most. The pub had a U-shaped bar, with the yakitori grill just in front of the door, and all the drinks and 3 waiters/cooks/barmen huddled inside the U. The patrons stood on the outside of the U. 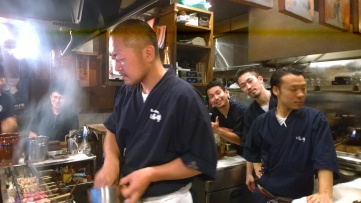 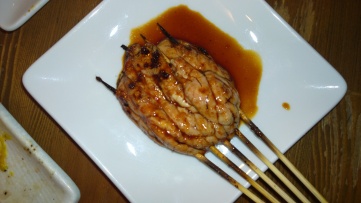 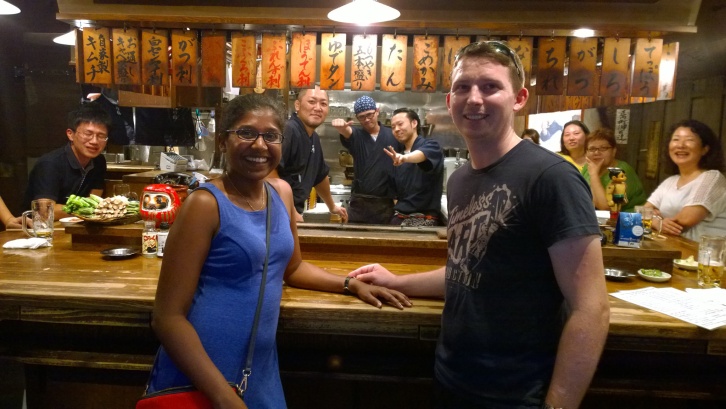 On the yakitori menu – all pork off-cuts and offal. That may not sound very appealing to most people, but it was seriously good!

Anyway, back to RAKU now.

It is not an izakaya.

They said it was. But it is not.

What it is though, is a celebration of all that is fantastic about Japanese cuisine. Ben and I thoroughly enjoyed our meal there, in fact, it has been the best Japanese food we have had in Australia. I have been to Sake in Sydney, I reckon RAKU trumps Sake. The fish was so fresh, and all their food was so beautifully presented. I also liked that they didn’t mess with the foundation of the food itself, they didn’t try to Aussie-fy it till it died and stopped resembling Japanese food.

On to my review.

We also had a lovely waitress, whose name escapes me, so she shall be “Cheery”. Cheery was very smiley, and altogether too cheerful. She was really lovely 🙂 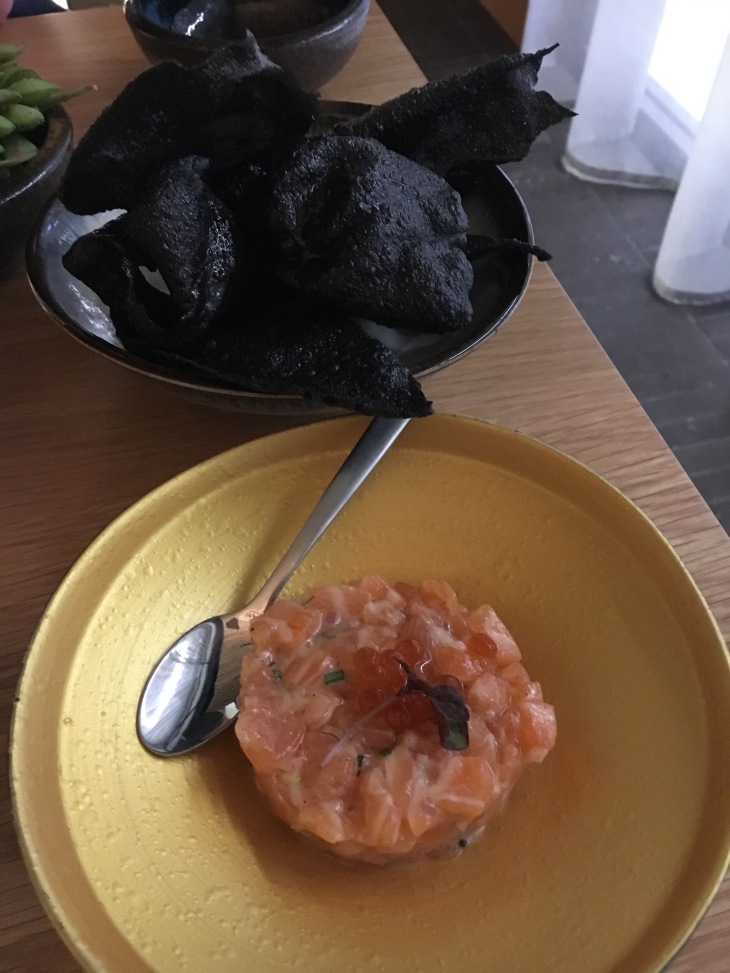 Tasmanian Salmon tartar with yuzu miso & squid ink crackers – the crackers were so delicate, and gave that lovely crunch to offset the softness and subtlety of that salmon tartar, it was really beautiful

One thought on “RAKU, Civic”