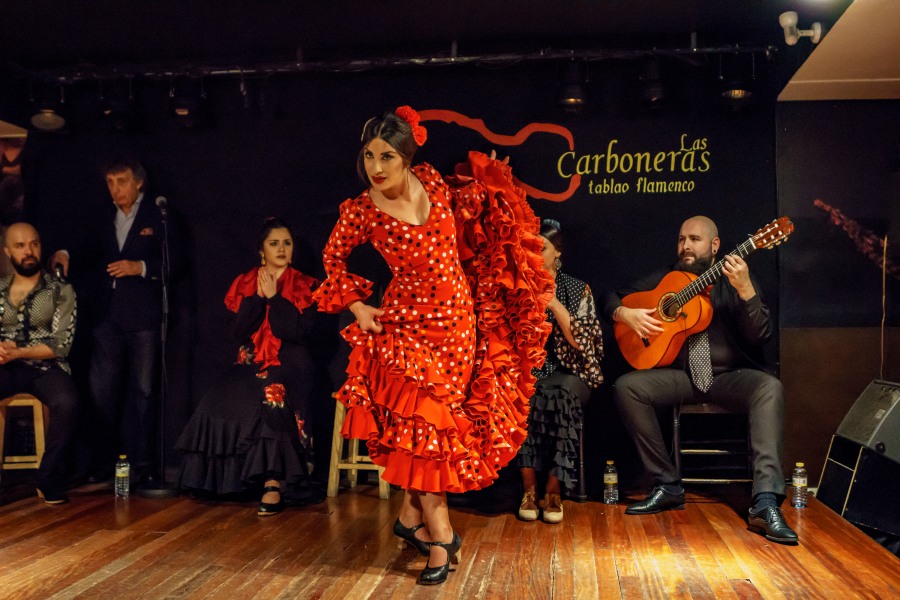 We stayed in an Airbnb in Lavapies, Madrid, while the apartment was very nice and well-located, we had actually arrived at a very unfortunate time. Lavapies had had a small tragedy the day before we arrived – an African street vendor had died under suspicious circumstances in Lavapies, which then sparked a riot. When we arrived, the whole area was on high alert and camera crews and police were everywhere.

While we did do a fair bit of sightseeing, Ben and I spent a bit of time just resting in the apartment, as we had both fallen sick! Ben was really lovely, he braved the cold for me to go to Carrefour to buy ginger and lemon for me.

1. The Royal Palace – very beautiful and remarkably well-preserved. The exterior of the Palace was so white (thanks to a high pressure water cleaner). Entrance into the Palace was €10 pp, we were only allowed to roam through one of the floors. The rooms all flowed from one to the next, each filled with beautiful silk/tapestry -lined walls and intricate ceiling art. There was one room in particular that caught my eye – it had beautiful sculpted vines and oriental figures and flowers all over the walls and the ceiling, it had an oriental vibe to it. Truly a beautiful room, the workmanship was exquisite. 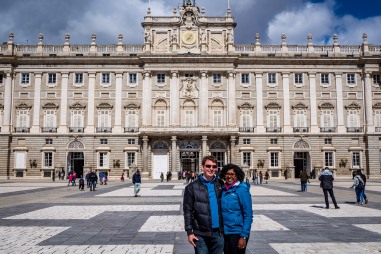 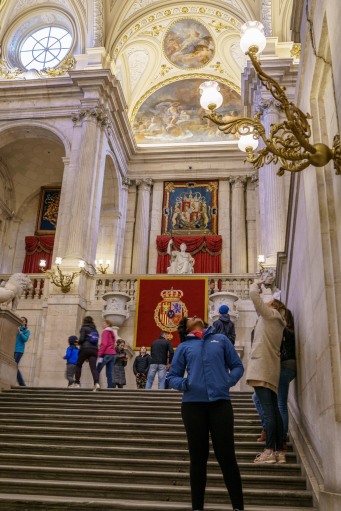 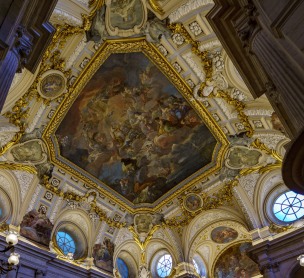 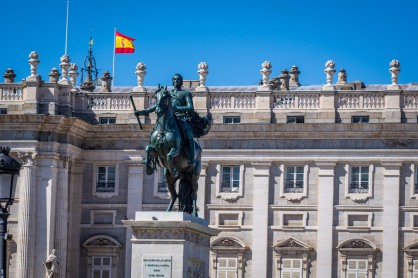 ⁃ The walking tour was really fun and informative with Joaquin who is a French born Argentinian now living in Madrid. He was a very good tour guide. Would you believe it snowed, hailed and rained the whole time we were on this tour?! The weather was pretty crap, but we persevered.

⁃ Joaquin also explained about the Golden age, and the stories of the King Phillipe’s and King Carlos’. 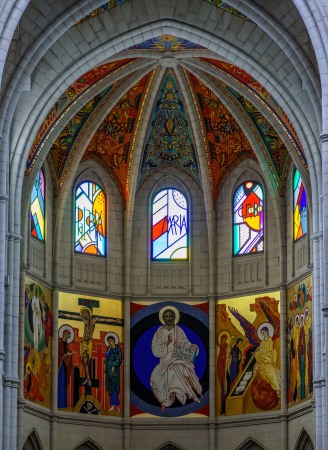 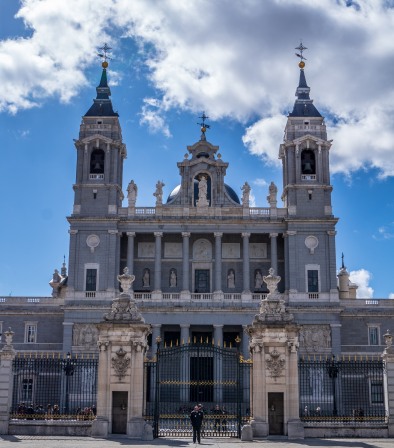 3. Templo de Debod – the view from here was amazing, in the distance you can see the cathedral, which is a very different perspective compared to when you are standing right in front of it. We met a lovely couple from Holland, they helped us take a photo and we had a good chat. 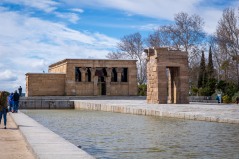 4. Flamenco show – wow! The show was amazing! The dancers were so passionate and skillful. They really connected with the music, and the singers were fantastic too. One of the waitresses was brought up on stage to sing a solo, she was amazing! Very talented singer. 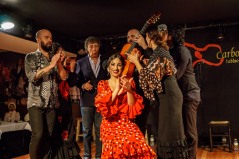 1. lunch at Mercado San Miguel – was quite expensive, but you had a whole heap of variety there, all in bite sized pieces! 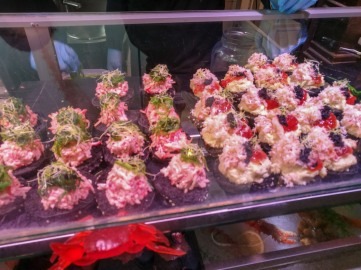 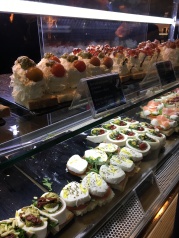 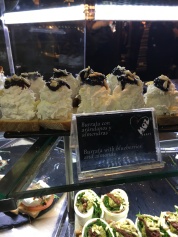 Stay away from the snails 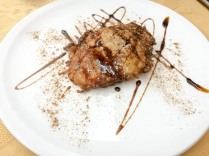 Torrija – sort of a bread pudding

We loved Segovia. Walked almost 20km by the end of the day! A little tip if you are ever planning to go there – stay in Madrid and catch the train from Madrid Chamartin to Segovia Guiomar station (27 minutes, use the Go Euro app to purchase your tickets). From Segovia Guiomar, there is a bus that is timed to coincide with the train arrival, this bus will take you straight into Segovia town – 30 minute trip. The same is true for the return. Ben and I booked a 10am train to Segovia and return at 9pm, in hindsight, we should have caught the return train at about 5/6pm. While there’s a fair bit to see in Segovia, it is easily accomplished in about 5-6 hours. 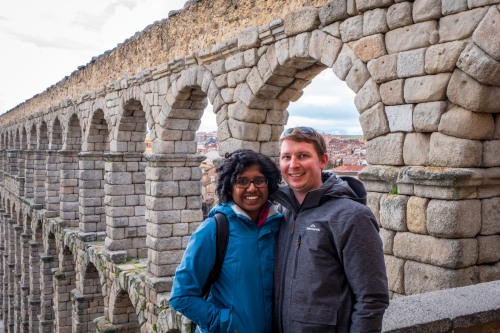 2. Nuestra Senora de la Asuncion y San Frutos Cathedral (€7 pp)- went up to the bell tower – 212 steps, visited the bell ringers quarters and viewed the 10 bells and beautiful 360º panoramic views. The guide, Elbardo, was so helpful, even though his English was poor, he really made every effort to ensure we had a good experience and understood what he was trying to explain to us. Elbardo told us that he learned English from Netflix! Hats off to him, he did a great job 🙂 It was very cold up there, but was so worth it. 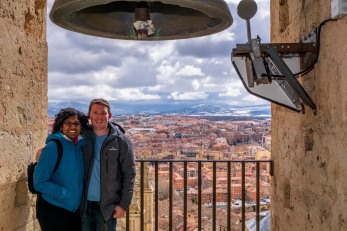 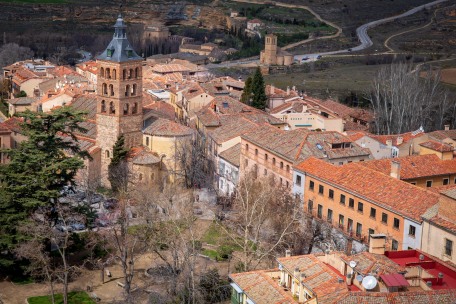 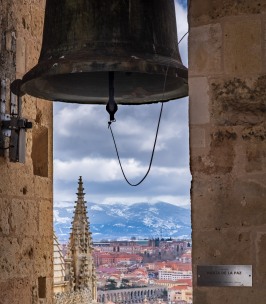 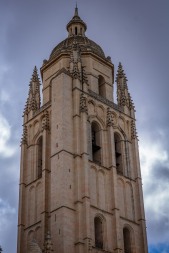 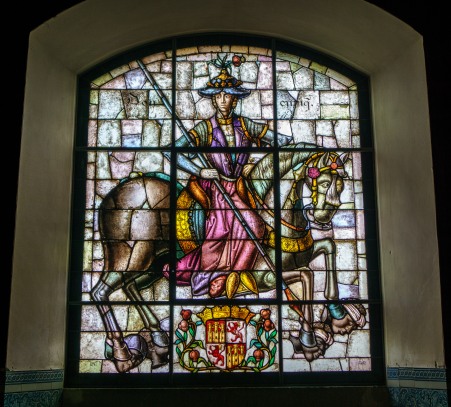 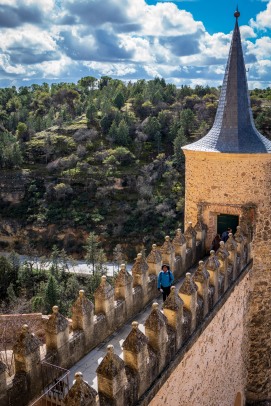 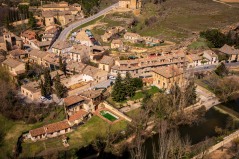 4. Walked around the outskirts of Segovia, really beautiful views. Walked along the river. 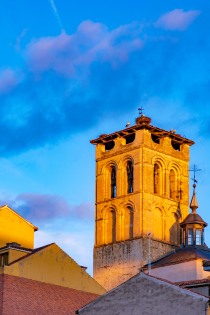 Metrobus – 10 ticket pass, multi-person ticket on metros. Ben and I ended up not using all of our 10 rides, so just as we were leaving the Madrid Atocha station to head to Córdoba, we found a lost tourist couple who were trying to buy this same ticket. We gave them our ticket 🙂