I was actually very sick when we arrived in Granada, so we had to have a rest day. I slept a lot and tried to recover.

The next day we went to see La Alhambra. Top tip: buy your tickets 2 months in advance, an adult ticket is €14.50 online. We tried to buy the tickets 3 days before, ended up paying extra to get in as they had run out of online tickets. We paid €37pp for the ticket and a tour guide. Eva was really good, she took us on a 3 hour tour of the Alhambra and the Generalife Gardens. It was so cold this day, and I was very sick. We still got through it, but it was tough going. Some funny things she said: “natural gravity”, and apparently there are 7 planets. 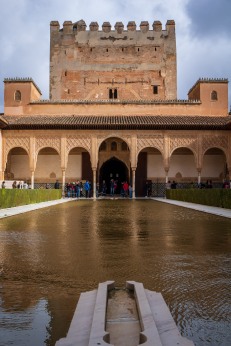 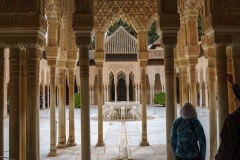 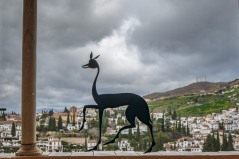 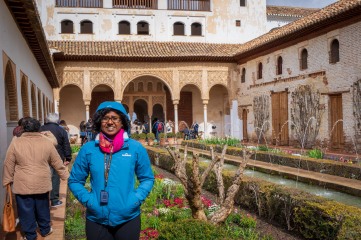 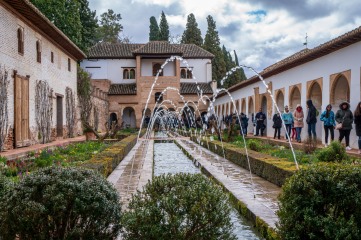 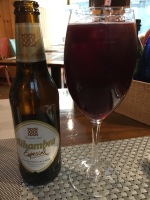 We caught the bus from Granada to Malaga, walked to our Airbnb, and ran into the Semana Santa processions. Semana Santa is the Holy Week – which happens around Easter time. The streets were crowded with floats, and children dressed as candles (at least I think they were candles).

Our Airbnb host, Nely, was so lovely and welcoming. She was our first local friend! Nely is a massage therapist and an artist. Her art pieces are very creative and interesting, she had a very exciting wall art made of yarn and nails.

We visited the Alcazaba, but we couldn’t get up to the fortress as they were closing for the day. We saw a lot of the gardens, the views were incredible. Unfortunately we were only in Malaga for a day, so we could not finish the Alcazaba or see the other amazing things Malaga has to offer! But we are determined to return someday 🙂 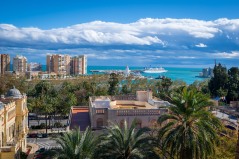 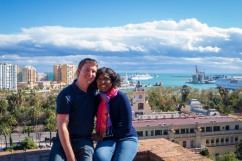 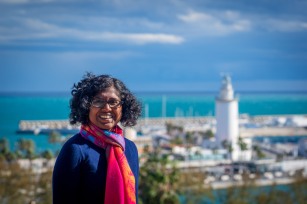 Nely showed us the beautiful pier, and we had dinner with her at Angus restaurant, Argentinian BBQ. It was delicious. With wine, €19pp. We had a really nice time with Nely, she is so friendly, and is keen to work on her English. The Rioja wine is incredible! 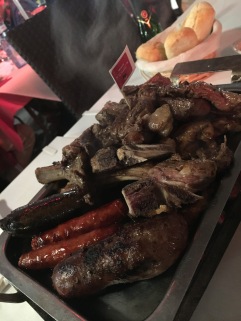 We rented a car (the Adam car) in Malaga and drove down Costa del Sol, through Benalmadena, Fuengirola and Marbella, all the way down to La Linea, then on foot to Gibraltar.

The view driving down Costa del Sol was mesmerising, the water was so turquoise, and oddly, the sand had a darker tone, with lots of broken seashells.

We parked the car at La Linea (don’t drive into Gibraltar, it’ll take you forever to get in and out, just park at La Linea, which is right outside the border crossing).

Gibraltar is very interesting, as it is it’s own country, but remains the responsibility of the British government. It has a population of about 30,000 people who actually live in the territory. It was so weird crossing the border into Gibraltar, as not even 100m from the border, you can hear a thick Spanish accent, and then cross the border to Gibraltar, and it’s like you’re in England! Thick English accents abound, very very odd. Border security is not concerned about anything, they just saw that we were holding Australian passports and they waved us through. No stamp or anything. It’s like we were never there!

As soon as we passed through customs, we were accosted by tourist guide people who suggested we should take a maxi taxi to see Gibraltar in 1.5 hours with a licensed guide. The taxi took us all the way up to the top of the rock, we saw the St Michaels Caves, the monkeys and the special tunnels that were dug out to cannon defences for the Rock. Then we came all the way back down.

Inside the St Michael’s Cave

That’s the Rock of Gibraltar!

The monkeys are population controlled 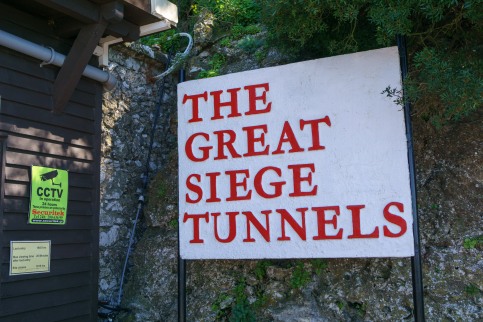 Inside the Great Siege Tunnels, holes and tunnels were dug into the Rock as a defence strategy, and these cannons were placed all along. 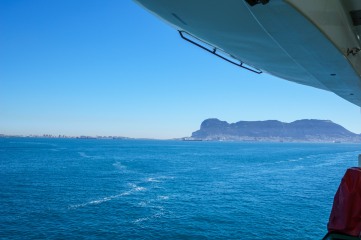 We left Gibraltar and drove down to Algeciras (pronounced Al-ha-see-ras), where we returned the car and spent the night. Top tip – there is nothing in Algeciras, no sights, not much food, nothing. It’s basically like a factory town/port.

We stayed the night in Algeciras to catch the ferry to Tangier the next morning.