After we finished our epic hike, Ben and I headed over to Argentina to see what we thought was the largest glacier in South America – the Glacier Perito Moreno.

This is a lie.

The Glacier Perito Moreno is the THIRD largest glacier IN ARGENTINA.

The largest glacier in Argentina is just next door to the Perito Moreno, it is called the Viedma Glacier.

Our plan was as follows:

Wow, the Glacier Perito Moreno is huge! This glacier is the third largest glacier in Argentina. The largest Glacier is Viedma Glacier, but I think it is not as accessible as the Perito Moreno. I was pleasantly surprised at the effort they have gone through to construct a great trail with wonderful little lookouts showing you different views of the glacier. It was really awesome to see this massive wall of ice. It is quite active, it calves right before your eyes! There are opportunities to hike right over the ice, but I really wasn’t game to try it. 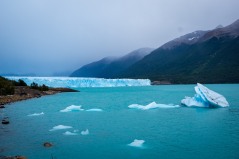 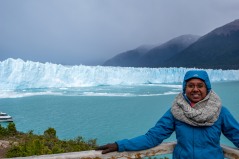 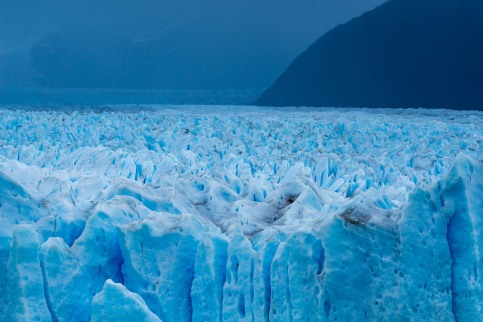 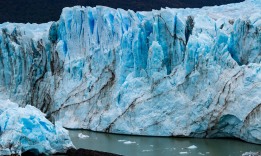 Disaster hit us at the end of our day trip. When the driver told us where to meet him for pick up at 3.30pm, he only spoke in Spanish. Ben was quite certain he understood the instructions, so we proceeded accordingly. Waiting at the place we thought he would pick us up from at 3.30pm, no bus. 4pm – still no bus. I have started to freak out. We go to the place where he dropped us off only to discover it is basically deserted and most of the buses have left already, including ours. We had been waiting in the wrong place. It was wet and really really cold. I was in tears. Finally, I found a really nice Argentinian family, who let us hitchhike with them back to El Calafate. They were so lovely, Angel and Miriam, and their two children, a boy and a girl. They saw that we were stranded and took pity on us. Even though their car could only seat five, they made it work, and we all squished in. None of them could speak English. However, we managed with Ben’s translator app, and various pictures and videos to have a really jolly time with them all. I honestly don’t know what we would have done if not for them. They dropped us off right in the middle of El Calafate and refused to accept any compensation. They are true good Samaritans.

In hindsight, it wasn’t really worth doing this whole 4 day detour just to see the Glacier Perito Moreno. If I had my time over, I would instead have planned to see the penguins from Punta Arenas. Having said that, El Calafate is a super cute town, and it was nice to explore a little bit. Things are also way cheaper in Argentina compared to Chile.

La Zaina, El Calafate, Argentina – we had a Calafate Sour (made with the local Calafate berry juice), Malbec red wine, guanaco carpaccio (Guanaco is a type of llama, and it is delicious! this meat was so so soft, seriously the best carpaccio we have ever had!), beef and lamb empanadas, half a baby sheep with rustic potatoes and the Patagonian trout with risotto. We also had the homemade lavender flan with dulce de leche – Argentinian Pesos 2010. 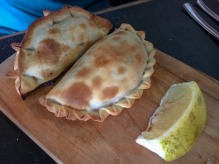 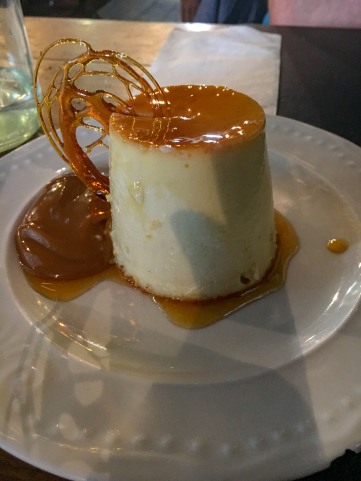